A text node stores text. Type nodes are advantageously used in the first columns of a scorecard. Typically, the nodes are added during a planning phase and are typically created at the top or one of the higher-level entities in the organization. The organization can visualize the visibility of the nodes, but they cannot be consolidated. This means that the type node really only exists where it is created, although it is possible to specify the maintainer and write comments even at the levels the node is to be made visible to.

Comments written in a text node usually apply to the unit that the comment is written on, but it is also possible to view the same comment throughout the organization. See Comment Settings.

Common names of columns that contain the nodes of a node are, for example, objectives, perspectives, areas, success factors, and focus areas.

Obs! Even the vision is a text node. Therefore, users who should have the right to make changes to the vision need to have permission to change in the subnodes. Change a view and add the vision retrospectively.

Add a new text node
To add a new text node, you must start from a build view. In the build view, click the blue link Add < level name > Below the level and row where you want the new node to be located. In some views, you first need to click Open edit mode [icon] Vilsas as a plus sign in the toolbar. After you click Add < level name >, Window can be opened with between one to three options add, select in or copy. If and what options are displayed depends on the settings that are selected.

The text boxes and other fields that are displayed during the creation of a node may vary by customer, these hands down are fully configurable. Therefore, the number of description fields can vary both in number and what you have baptized them to.

Specifies the name of the node. Although long names are allowed, (however, Max 50), it is recommended to keep the name short and add more detailed text in the Description field.

Specifies the description of the node. It may be useful to give a more detailed and additional description to the name. The description fields are specified in the administering, while some instructions must be changed in the language.) See Also Comment settings

Lists the people who are responsible for the node. Depending on the permissions, you can delete or add managers. The node will appear on the user home page when it is DAX for reporting, assuming the home page is set to display the subnodes.

If your system administrator has set the keyword to be set for the node, this is done by clicking the arrow button below the title of the keyword group name. You can also enter the name of the keyword. The drop that opens contains a list of keywords in which you choose which keyword to associate with the node. Confirm your selection by clicking on the button Shoot. To tie additional keywords to the node, click Arrow Again or type in a new keyword.

Depending on the settings that the system administrator has made, some applications of Stratsys allow users to add new keywords themselves.

Click Next button to go to the units step

Here you will see one or two options depending on the settings related to the visability of the text node that you trying to create. The on option only means that the node you are creating will only appear on the unit you are on. option only on unit However, appearing on multiple units causes the node to appear in the scorecard for the units that you select in the unit step. However, the units will only be able to read the information contained in the node, do not make any reporting or editing (depending on the comment setting a comment for each unit is selected, then each unit may write their own comment.). You use the check boxes to select the units for which you will display the node.

Click the Next button to go to the final step of the wizard.

Displays a summary of the configuration of the subnode you have made. Click Finish to create the subnode. 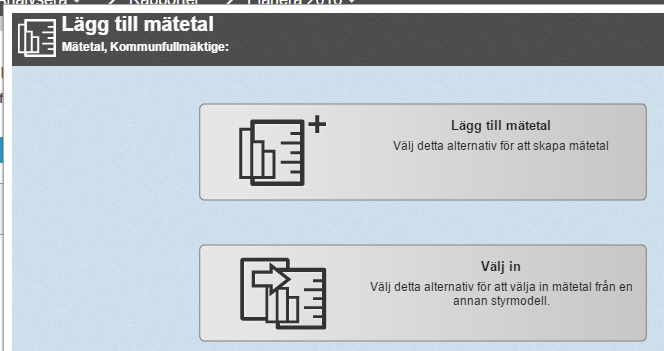 Selecting this option will open a window where you will be given the option to select the KPI node/Activity node from the scorecard you are standing on or other scorecards. The columns and scorecards you can choose from depend on how the Stratsys is configured for you. Change the scorecard with the drop named Scorecard. 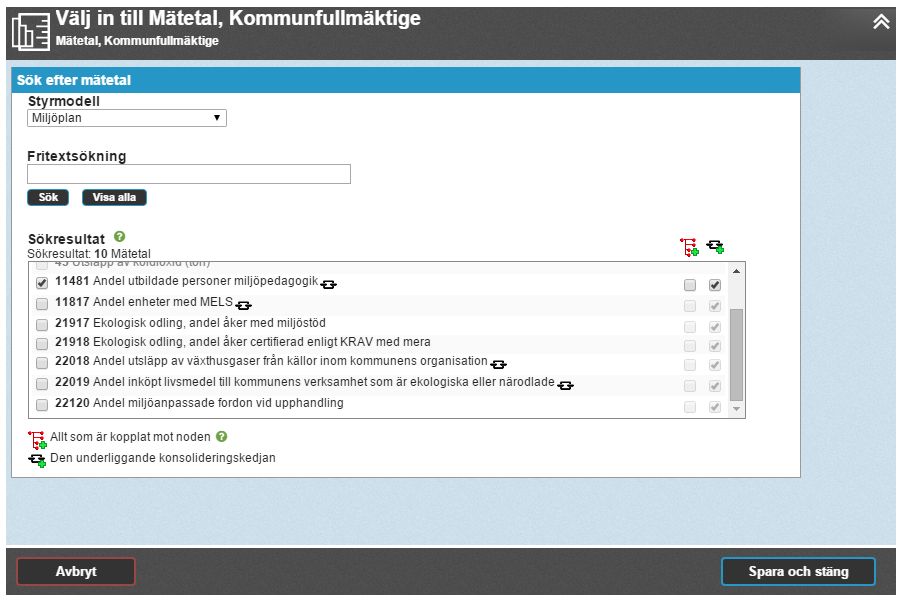 In the free text search, you can enter a name and find the type node you want to select. If you click Show All, all the subnodes are displayed based on the selection you made for the scorecard. The results of the search are displayed in the text box below. Some KPI node/Activity node cannot be selected. Hover your mouse over the name, there will be an information box explaining the reason why you may not choose that particular node, the most common case is that the node already exists in the scorecard. To select the node, click the check box that is to the left of the node name.

This option creates a new connection on the same text node/KPI node/Activity node. This means that reporting and commenting only need to be done once and the information is displayed in all the scorecards to which it is selected. And that the node will be visible on the same units in both scorecards, the function can be usefully used if users inadvertently remove the nodes from the planning they want to post again, these nodes will, however, continue to be losskopplade from the current Version.

To update or modify an existing text node, hover over the node and click the Change window in the black panel that pops up.

A window will open with three tabs: General, couplings and units.

The appearance of this tab is governed by the settings made in the system about what is to be displayed. However, the same information is always displayed in all nodes in the same column. The tab contains various Description fields, Manager management and keywords.

Displays the connectors that the node has. If a text node has multiple connectors, it means that it is visible in several different places. For example, if you change the node name in one of these places, the change will appear in all locations where the node is attached. Do not forget to click on the button Shoot When you have made a change.

When you press the Add connector Opens a window for setting up settings in the following areas:

Column to place in

In cases where there is more than one scorecard in the application and the connector rules allow the node where you set the settings to be connected to another scorecard, enter the drop-down list Column to place in The level of the selected scorecard (indicated in the Scorecard) to which the node will be placed.

If you want the node where you make settings to be associated with a node that has a different master drive, you must filter the desired node using the unit.

Specifies the location of the node relative to the other nodes associated with the same parent node. This does not mean that the node will have the same order on all underlying units.

Depending on the previous settings, there are a maximum of two checkboxes, only one option is possible to select:

Anything connected to the node -Select to move the entire node's connection chain to the new parent node.

Once you have made your selection, you confirm by clicking on the button Shoot.

Here you can change the link on the current line. When you press the Redigerarikonen, a window will open in which you make settings in the same areas as described in Add connector.

Once you have made your selection, you confirm by clicking on the button Save.

Obs! The difference between changing a connector versus deleting and then adding a new one is that when you change, the connector tree (which is under the connector) also hangs to the new position.

Here you can remove the association from the current line. Press DELETE to display a delete dialog with all nodes that are also affected by removing the connector. Note that it is possible that nodes on units other than the unit you are on will be removed nodes and/or connections. It's not always like these nodes appear in the view that you see. If you only have one connection left and you want to remove it, it does not go. The entire node must then be deleted instead because at least one join must exist for a node.

On this tab you choose which units should see the node in their scorecards.

Move to another unit

For some users, it is possible to move the entire node to another unit. The move is done by selecting in the list the unit to which the move is to be made. If the node is visible, it should be visible to the unit from which it was moved to display nodes that were connected to it.

Click on the button Remove In the lower-left corner of the node.

If nothing is associated with the node on the unit you are in or the underlying units, a box opens where you can choose whether to unapply or remove the node from all scorecards. If you wish to remove KPI node/Activity node from the steering model but with the option of being able to select it at a later time, choose to remove the connection otherwise you can remove KPI node/Activity node permanet by removing it from all the scorecards . Then confirm the deletion by clicking Confirm.

Obs! If there are other nodes attached to the node you are trying to delete, all that is associated with the node will also be deleted.

When you click the button Remove And there are connections in other scorecards on the node that you are removing, you are facing a table with the columns Scorecard, Nodes and connectors to be removed.

In the column Scorecard See which scorecards the node is listed in.

In the nodes column where a connector is removed, you'll see how many nodes are associated with the node that will also be affected (these connections will also be taken

The section Event History allows you to learn more about what information is stored during deletion as well as, the ability to recover deleted nodes in the current version.